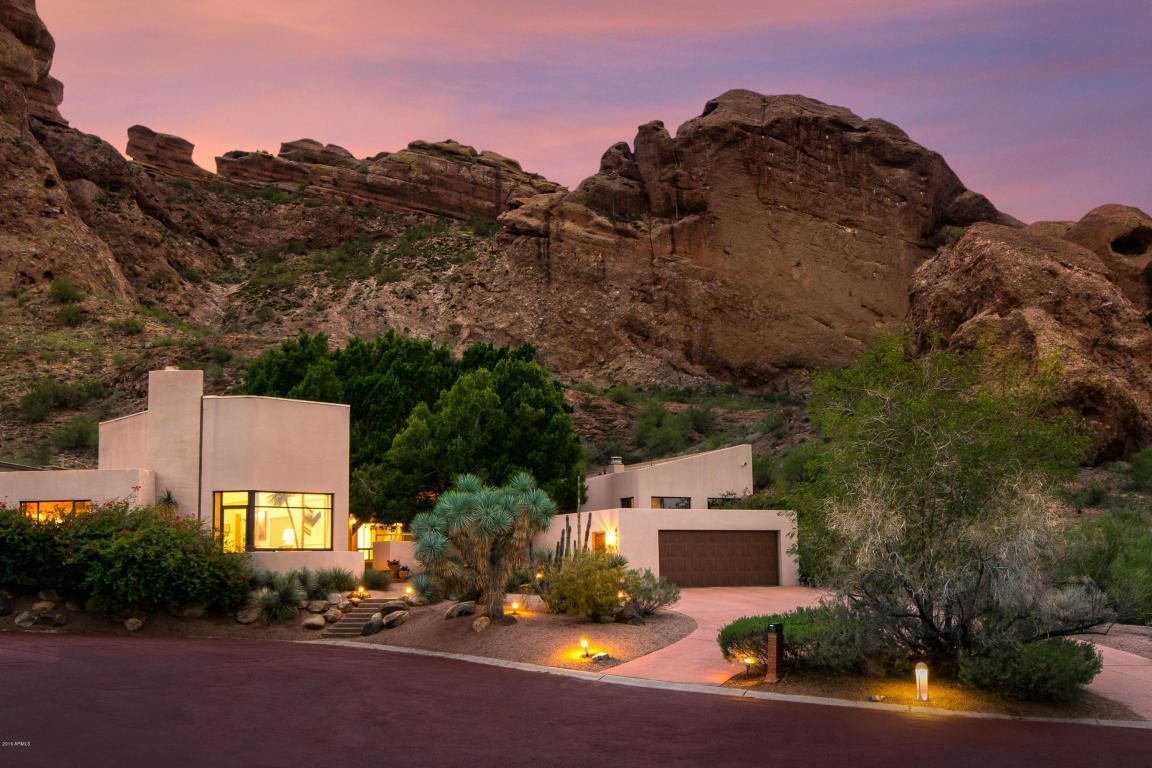 People often associate Phoenix with the typical suburban sprawl: rows of cookie-cutter homes decked out in the same neutral color palette as the next. But Phoenix’s lineup of home types is actually much more diverse than you may think.

The area is home to a regional haven of midcentury architecture, and there’s also a sweeping collection of Spanish, Mediterranean, and even Tudor Revival designs. No matter your style or budget, you’re bound to find the perfect home in Phoenix to fit your personality.

Clean, stark lines and a neutral color palette with minimalist forms – these are the makings of a contemporary home in Phoenix. These designs take inspiration from some of the country’s top architects, like Frank Lloyd Wright, Will Bruder and Jack DeBartolo. Packed with the latest technology, the homes are typically built with simple and straightforward materials: Wood, steel and glass. Find these homes in pockets of Paradise Valley, Scottsdale and all around Phoenix.

From Al Beadle to Ralph Haver and Frank Lloyd Wright (again), many of the most prominent post-WWII architects designed homes in the Phoenix area. And now, a grassroots revival is breathing new life into these old homes while also building new houses to reflect a style of architecture that celebrates connection to the environment, open design concepts and open space. 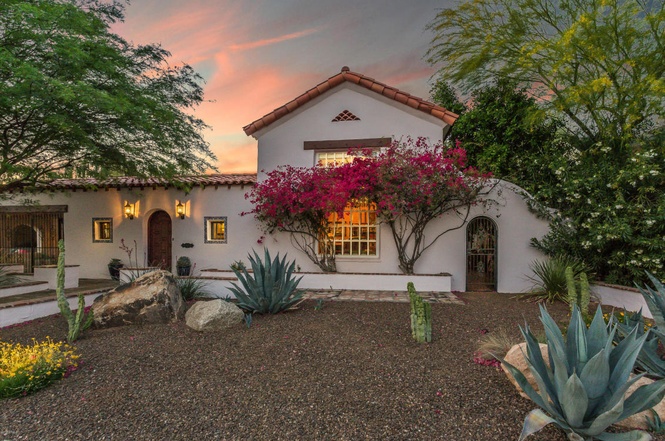 The older areas of Phoenix and parts of North Scottsdale are brimming with Spanish Mission homes–an architectural style made popular in the 1890s in California. Stucco, adobe brick, enclosed courtyards and a hip roof are all characteristics of this design type. Even many newly built homes in suburbs like Chandler, Gilbert, and Mesa use this look as their inspiration.

This is the type of home that most non-residents associate with Phoenix. Single-story and open concept, ranch homes in the area are inspired by the casual lifestyle of the Old and New West. They’re built for function, but many come with charming details like brightly colored front doors and facades. Many of Phoenix’s historic homes are ranch concepts, but it’s also a popular architectural style for new construction. 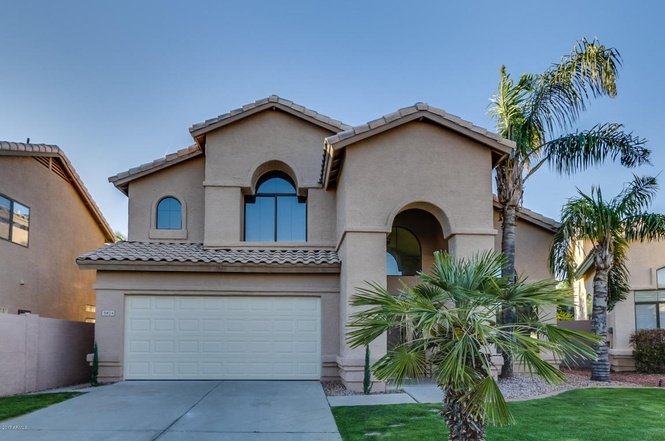 This is one of the most prominent architectural styles in Phoenix…maybe it’s the similarity in climate between Phoenix and the Mediterranean region where this style began? Again, many of the newly constructed, master-planned communities reflect this look but you’ll find the true, original homes in Phoenix’s historic districts, including Coronado, Willo and Arcadia. Mediterranean Revival homes feature a rectangular floor plan that’s typically topped with a red-tiled roof and accented by arches, circles and wrought iron.

Hacienda homes can be antique or contemporary, but they typically come with a few key attributes: Iron and tile are among the main materials and pottery plays an important role, but in design and décor. The exteriors are typically made from stucco and clay while interior attributes include exposed beams, wrought-iron details and repeated arches. Hacienda homes dot the landscape all over the Phoenix area. 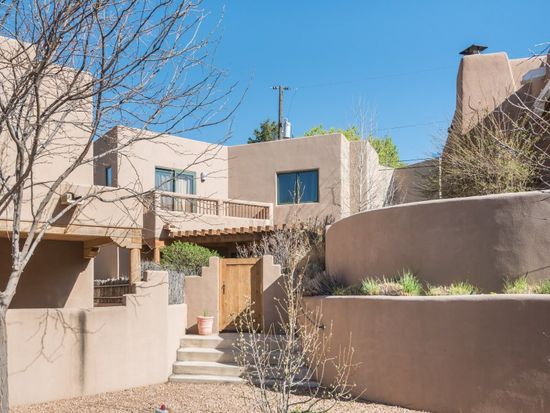 This is a quintessential Southwestern design. Popularized in Arizona and New Mexico around the turn of the 20th century, the architecture is reflective of the dwellings built by Pueblo Indians as far back as 750 A.D. You can spot a Pueblo Revival home by its flat or sloping roof, but other key elements include the use of earthy materials (i.e. adobe), heavy wooden accents and rounded exteriors with contrasting square windows. 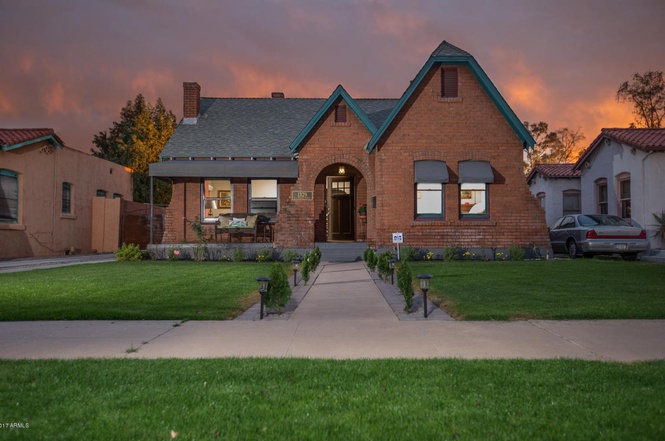 A staple in Phoenix’s historic neighborhoods, Tudor Revival homes are whimsical and storybook-like – all the rage with Phoenix suburbanites in the 1920s. Of course, their design is based on the medieval English architectural style. Pitched roofs, large chimneys and separate, eye-catching entryways are telltale signs of a Tudor home. You won’t easily find this look in a newer Phoenix community. 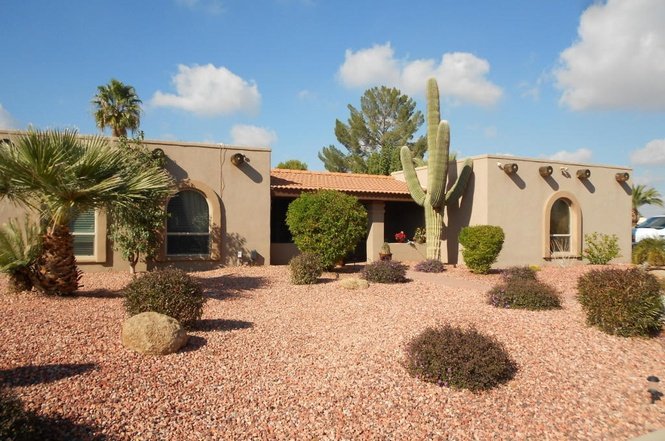 Santa Fe (or Phoenix Territorial) homes are similar to the Pueblo Revival look. These homes feature flat roofs and neutral desert-inspired tones. Typically, a low hallway ceiling will open into a spacious, vaulted-ceiling living room or kitchen. Houses in this style are warm, earthy and classically Southwestern. You can find a good mix of them all over Phoenix and its suburbs.

Yes, believe it or not, this style is different than the previous one. Though its origins are the same as Santa Fe or Phoenix Territorial, the general Territorial Style is more “folksy.” It blends Greek Revival and Gothic details with Pueblo and Spanish Mission architecture. Territorial homes in Phoenix are typically trimmed with colorful shutters, brick tile work, repeating columns and the occasional pitched roof.

Tuscan architecture tends to be favored by the mountainous neighborhoods of Greater Phoenix, in and around Scottsdale and northern Mesa, in particular. In Arizona, though, the homes are actually a blend of Italian and desert style: Warm, yellow-tinted paint colors, stone walkways, arches and plenty of terra-cotta accents.

There are plenty of home styles to fall in love with in Phoenix — especially if you love clean lines, desert hues, and Southwestern vibes.