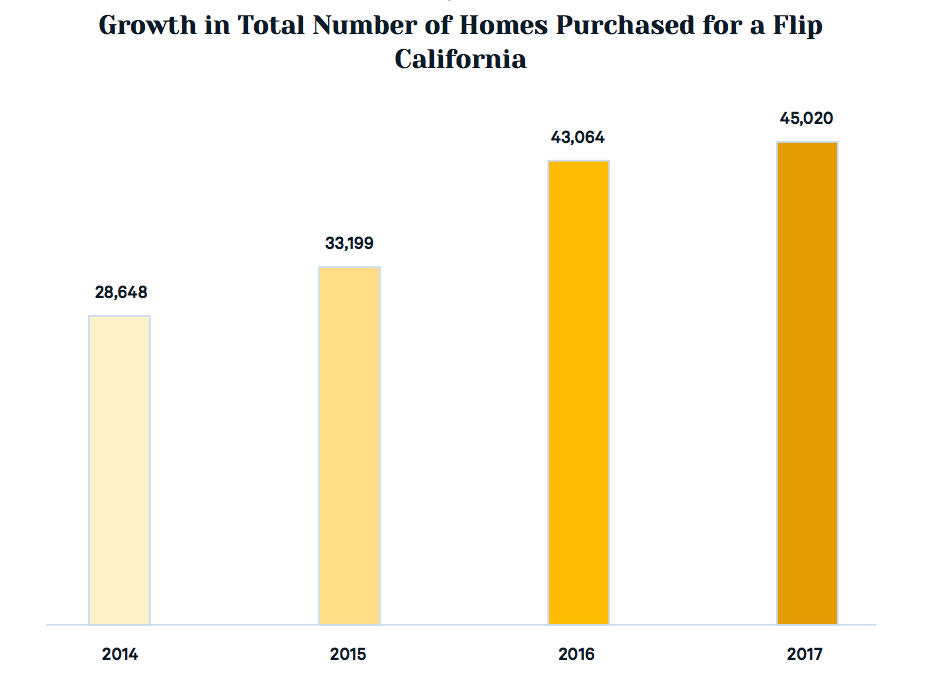 Read our report on flipping houses in California

In 2017, California experienced its biggest ever surge in new house flippers and was also LendingHome's biggest state in terms of loan origination volume. For these reasons, we picked California for our inaugural market analysis report. The “State of The Flipping Market: California,” provides analysis on growth in total number of fix-and-flip homes purchased, median revenue per flip, percent of flips financed with a loan, and other data points related to flipping houses in California. You can download the report here.

Here are some highlights from the report:

Five of the top six flipping hot spots are in Southern California (LA, San Diego, Riverside, San Bernardino, and Orange counties). Ranking first was Los Angeles County, which produced a whopping 25.71% of all flips statewide, with San Diego in second with about 10% of the state's flips. Click here to see the breakdown of all 58 California counties.

The # of homes purchased for a flip has been increasing steadily.

Increase in Median Revenue per Flip

California flippers also earned more revenue than they did in any of the prior three years. Median revenue increased 7% from 2015 to 2016 and increased 1.4% from 2016 to 2017, reflecting a nationwide trend.

There's much more data and analysis contained in the full report, including the status of financing house flips with loans in California, which you can access by clicking here or on the image below. We hope you enjoy it!